A Good Food Nation: For all life on earth

Nourish Scotland are crowdfunding right now – seeking support and resources for our Good Food Nation campaign. This is our fourth blog in a series counting down to the closing date of the crowdfunder this Sunday (10th of December). The campaign is about all of us getting a say in deciding the future of our food system; it’s about a fair deal for food producers and food workers, and happier and healthier communities.

But it’s not just about people, it’s not just our health and wellbeing that are compromised by our current food system. Halting the devastation that our food system is causing to the rest of life on earth is essential – for all of us.

This year, research in Germany found a staggering 76% reduction in flying insect populations in just 27 years. Professor Dave Goulson of Sussex University, UK, was part of the team behind the new study. His outlook is bleak: “We appear to be making vast tracts of land inhospitable to most forms of life, and are currently on course for ecological Armageddon. If we lose the insects then everything is going to collapse.”

Everything is going to collapse because flying insects not only pollinate our tastiest crops: 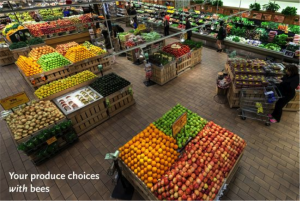 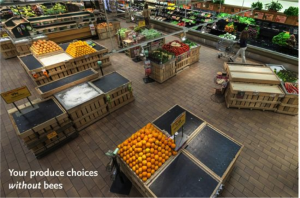 …They also provide food for mammals, fish and amphibians. If we lose the insects, we lose a lot of other creatures too. They play a critical role as predators and decomposers: eating other pests, and generally cleaning up the place.

So how have we made the earth so inhospitable for other life forms? Well, in the post World War II era, we have been dramatically transforming our countryside. The development of input-heavy intensive agriculture, which relies on artificial fertiliser and pest control, means that we have been eroding habitats and damaging delicate ecosystems.

Arable fields are sprayed with dozens of different chemicals – some of which are thousands of times more toxic than DDT. 98% of Scotland’s arable cropland was sprayed with pesticides in 2016, amounting to 1,490 tonnes of chemical spread across our countryside.

Dave Goulson found that an estimated 94% of neonicatonoid seed dressing ended up in the soil and water supply, contaminating whole ecosystems, meaning that the wild flowers at field margins are also poisonous. The city is a safer place for a bee than the industrially farmed countryside. 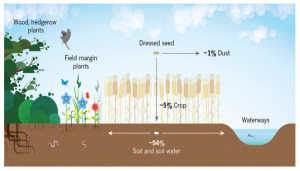 It’s not only our local ecosystems that are suffering in this current regime of food production though. Feeding the industrial livestock sector means that we are losing some of the world’s richest habitats to grow animal feed. Below are two pictures of the same area of Amazon rainforest, taken thirty years apart. (Source: GoogleEarth Engine, from Benton, T.G. (2017). 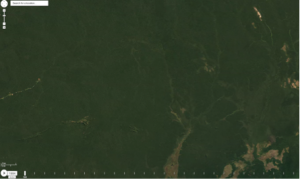 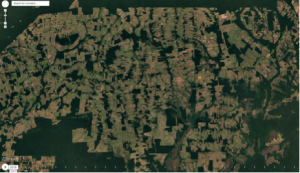 Despite having abundant rough grazing land, imports of animal feed are increasing in Scotland, primarily due to the drive for intensification. We have created a system where it is more profitable to cut down rainforest the other side of the world to feed to farm animals in Scotland, who are largely kept indoors, rather than have animals eating Scottish grass.

The absurdity of the current global food system, with it’s profound negative impacts on other species, is even harder to swallow when we have all the evidence that it doesn’t have to be this way. Report after report from the United Nations, from the International Panel of Experts on Sustainable Food Systems (IPES), from the European Union Commission present the case for, and viability of, a whole-scale shift towards agroecological production systems.

Agroecology means producing food by working with nature, maximising biodiversity, working for healthy ecosystems and secure livelihoods. Refocusing our farming systems around a new set of principles could be a key part of the Good Food Nation Bill.

In 2018, the Scottish Government will begin consultation on the Good Food Nation Bill – a phenomenal opportunity to create a new framework for our food system. We need to intervene now if we are going to prevent further extinction of species and irreparable damage to our ecosystems. We can redesign the food system to allow winged insects and other wildlife to thrive, to ensure farm animals live well and die well, to reduce the impact of our diets in Scotland on habitats across the world.

It is difficult to listen to other species in this – we don’t tend to speak the same language. However, we can make sure that all of us who care about other creatures in the world have a seat at the table in deciding what’s important in our food system.

That’s why Nourish Scotland are crowdfunding for this campaign. There are powerful lobbies looking to maintain the status quo, but with enough citizen engagement we can ensure that social and environmental justice are at the heart of our future food system.

We’ve got the solutions, we know that Agroecology provides a safe and viable alternative to intensive agriculture. We know that our ecosystems are at crisis point. We need to seize the opportunity of the Good Food Nation Bill with two hands, and ensure it stimulates a radical restructuring of our food system, for the benefit of all life on earth. 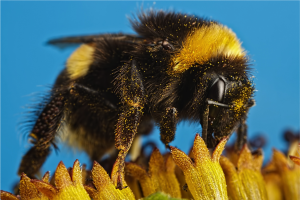