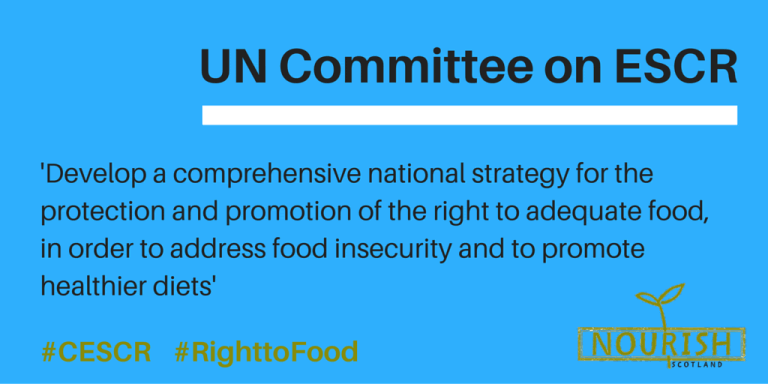 Late last night the UN Committee on Economic, Social and Cultural Rights released their Concluding Observations. We’re extremely pleased to say that the Committee has made strong recommendations on all of the headline issues we raised.

So now the hard work really begins to make sure the Scottish Government act on these recommendations. The timing really is on our side:

We’d like to extend an extra special thanks to our friends and supporters here for helping us to make this happen. We’re now working on further analysis of the examination process and the recommendations and hope to create a short but more detailed report in the coming weeks.

Amidst all of the post-referendum uncertainty that lies ahead for our food system we’re absolutely elated to have this good news.