Don Dunklee, our guest blogger, is an organic farmer from Michigan USA who contacted Nourish to tell us how relieved he is that we have banned GM, as he has suffered in so many ways since GM crops have been introduced in his country.  Here’s a bit about Don in his own words…

“I have a 23 acre (9 hectare) organic vegetable farm. 8 acres are tillable, 11 acres of woodlot. I have been off the power grid for 32 years with all electric power coming from 2 micro windmills, and 1,800 watts of solar power. I built the entire farm by hand without any contractors, all gas, electric, water plumbing, the home, barn, outbuildings, root cellar, hoop houses, everything. I own every mistake. I have 3, 14 foot by 72 foot hoop houses with automated irrigation all sun and wind powered. In the winter, it dips as low as 20 degrees (F) below zero quite regularily. We heat with wood cut from our woodlot. I will be 60 years old this November and plan on retiring from my off farm employment as manager of a retail drug store so I can play in the dirt full time until I am too old to enjoy it. Farming alone was not enough to pay the bills resulting in off farm employment to support growing the farm.

As my children were growing up they made their pocket money helping dad grow and sell vegetables. Hoping to pass this on to my grandchildren as they grow up as well. Currently building a 4 wheel pedal powered, solar charged electric assisted cart to pedal vegetables the 5 miles into town for selling next year”.

…and here are Don’s very wise words about our GM ban, drawn from his tough experience:

“Smart move by your country to not allow GM plantings. Many export markets are now closed to U.S. farmers due to planting GM crops. Farmers in our country have been, in my opinion, duped by the GM giants and now the crops are failing at record rates. Countries that remain GM free (conventional and organic agriculture can sustain any nation) will be the last bastion of safe food. I have to plant some varieties in hoop houses (greenhouses) to protect from GM contamination. 20 years a seed saving had to be destroyed due to contamination from a large grower in my area (Black Aztec corn grew with yellow mixed in the deep purple, indicating cross pollination. The ONLY corn nearby was planted by a big grower and was genetically modified.

I applaud your country for taking this stand against planting GM crops. Once allowed, you can NEVER have clean food again. Even if in the future you change your stand at least you have given time for research to show if GM is really as good and as safe as touted by the big GM companies. I know, from a big grower, that they are having significant problems with wed and pest control that is requiring MORE chemical weed control, multiple applications of multiple products, contrary to what the GM companies had planned and advertised.

I like to use this example. Nearly anyone, even a child can learn to play the game checkers. Chess uses the same board and number of pieces, however few can master this game due to the variables. Conventional breeding of like family plants is simple like checkers, anyone can do it successfully, even without higher education. There is not enough scientific knowledge in our world to be able to think through the unintended consequences of gene manipulation, however noble the intent.

The giants in GM have their crops for financial gain, while not illegal in and of itself, it is less than honest to force everyone else in the world, through planned cross pollination contamination, to have to eat those products.

It should be illegal to patent any, ANY life form. No company can guarantee that their patent can be controlled from contaminating the crop of another. I know i have lived this nightmare.

Congrats to your country for taking the stand you have. This grower applauds you. 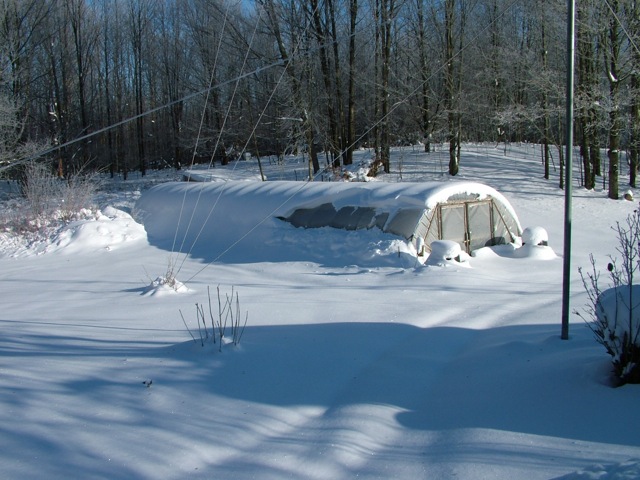 ..and here is his excellent letter to the Journal of Gene Technology:

Thank you for your invite. Please consider this for your next issue.

First a disclaimer, I am biased, I grow organically and believe firmly that natural selection always wins over human intervention. History has proven this, through “sound science” as any high school science book teaches.

While one would think that, in theory, the genetic manipulation of living organisms would be a potential benefit to mankind, quite the contrary has been the outcome as unleashed in the real world. There is no dispute that gene research and modification is a complicated. Let me explain where practical application has failed with this “science”. First, allowing patents for living organism manipulation to those who can afford the expense has given this “science” a black eye by placing profits ahead of quality (big business placing profit gain ahead of the future outcome). I am going to use this simple example to explain where they are failing with this “science”.

The game of Checkers is a simple game to learn. Most children can master this game at a young age. Natural selection is like Checkers. Take the same game board and number of playing pieces, changing the game to Chess, and with the different way the game can be played, few can master the outcome, the missed, unintended consequences of one move when you don’t see the move the opponent will next be able to make. There is no disputing genetic manipulation is more complicated than Chess.

The genetic manipulation of living organisms has billions of potential moves, all with potential unintended consequences. There is not enough scientific knowledge in our entire world to know what the unintended consequences will be with this so called “science”. GMO (genetically modified organisms) for food crops are a good example. The science experts, under corporate, profit driven direction, indicated that growing Genetically Manipulated, glyphosate resistant crops would result in less chemical input, better weed control and higher yields for agriculture well into the future. Agriculture now uses more chemical input than any time in our history and the only benefit is the profit to those selling the chemicals.

Fast forward a few years and we find weeds naturally, without any intervention from the “science”, the scientists, or the corporations driving their game, have naturally cross bred, naturally adapted, by natural mutation, to survive glyphosate application. Wild weeds related to canola, for example, mutated to survive glyphosate through conventional natural breeding with related GM canola crops (Checkers). This unintended and unexpected consequence was not in the “scientifically proven” profit driven plan expected for these “science” based crops (Chess). Naturally created glyphosate resistant super weeds that genetic science did not predict is only one unintended consequence brought by the “science” of gene modification. The need for even more chemical application, now including chemical cocktails with unknown outcomes are needed to attempt to control this man made problem, created by the “science”, another unintended, but now required outcome. Again the chemical manufacturers profit.

The sad part of this game is these corporate giants claimed through their patents they were able to “control” their products. Sound Science or an old time traveling medicine show? Got any snake oil?