We think it’s bad in Scotland.  But Europe has lost one third of its farmers in the last 12 years.  Of course we lost most of our small farmers many years ago, and we still have on average much larger farms than Germany, France, the Netherlands and Italy even after the current exodus.

So why is it happening now, and what’s to be done?  That was the question for the Greens/EFA conference in Brussels yesterday.  Of course, ageing farmers, globalisation and falling commodity prices all contribute – but land policies also make a difference.

The European Commission regards land regulation as a member state competence but there is growing support among MEPs for the EU to take a more proactive approach. The huge differences in land markets and regulation were striking for the five countries we heard about: and not surprisingly the ‘land regulation index’ put the UK along with Ireland and Greece in the bottom corner. 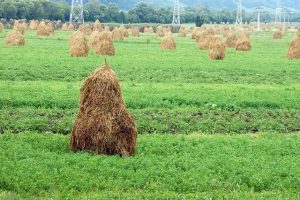 In Romania there has been a rapid growth in ‘foreign’ agribusiness land acquisition (mostly from other EU countries but some from Gulf States) following the botched land reform after communism.

Lithuania meanwhile has lost at least a sixth of its population in little more than a decade as young people head off to the rest of the EU and beyond to seek a better life.  But when Lithuania passed a regulation to restrict company ownership of land they fell foul of the EU’s ‘free movement of capital’ policy and had to back-pedal.

From Germany we heard about the sudden bankruptcy of their biggest agribusiness and the unsavoury unravelling of its corporate structure, with big parcels of land being sold to investors despite the strong German land laws.  We also heard that the West German family farm model is much more productive per acre than the larger corporate farms which have replaced the collective farms in East Germany.

France of course is also losing farmers – but comes top in the regulation index,  having done more than any other EU country to keep small farmers on the land and to keep rents and land prices affordable.  Veronique Rioufol from Terre de Liens showed some case studies of young farmers whom they have helped to get hold of some land and start to make a living.  The French Ministry of Agriculture estimates that these ‘atypical’ farmers will move from margin to mainstream and become a major element of French agriculture in the coming decades.

And then there’s Scotland.  It was great to be able to talk about the land reform agenda, even though it’s early days, and there was lots of interest in the Good Food Nation Bill, which some people were seeing as a model for a Common Food Policy. 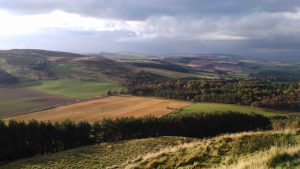 In the final session, we heard from the Legal Officer in DG ‘financial stability, financial services and capital markets’.  Despite his Darth Vader billing, he was at pains to point out that Member States could regulate land in the public interest without contravening the free movement of capital – as long as they had a justifiable and proportionate approach. Finally Adam Payne from the Landworkers Alliance called for the end of acreage-based payments, which encourage land consolidation and disadvantage small farmers.

What’s next?  The Greens, along with Via Campesina and others will continue to call for the Commission to give clearer guidance to Member States on what they can do to regulate land – and generally to pay more attention to the rapid changes in land ownership across Europe.

But of course there is a deeper philosophical debate which ran through the day.  If what’s happening is ‘legal’ concentration of land rather than ‘illegal’ land grabbing, do we need to change the law?  For many speakers, land is a common resource, not a commodity – to be stewarded, not owned.

The statement of rights and responsibilities, which the new Scottish Land Commission will consult on next year, goes to the heart of this debate.  A clear statement that the ownership and management of the land of Scotland should be in the public interest and for collective benefit will be a rallying cry to peasant farmer organisations and their allies across Europe.  And yes, they do want us to stay.