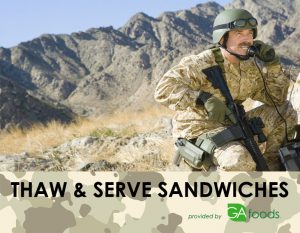 It’s an indication of the increasingly surreal Brexit debate that laughably stupid UK government proposals for ‘no deal’ are being reported with a straight face rather than the derisory contempt they deserve.  Here’s the British Retail Consortium on food supplies last week:

Stockpiling of food is not a practical response to a no-deal on Brexit and industry has not been approached by Government to begin planning for this. Retailers do not have the facilities to house stockpiled goods and in the case of fresh produce, it is simply not possible to do so. Our food supply chains are extremely fragile and this is yet further demonstration of the need for an agreement on the backstop to ensure frictionless trade is maintained after the 29 March 2019.

Of course, no-one actually believes that the Army will be handing out food rations, commandeering grain stores or shooting black market profiteers come 30th March, but grown up, well paid people are talking as if this would be a sensible plan.

And of course like any other cynical propaganda, the no deal drivel softens us up for accepting a really stupid and damaging Brexit because it’s better than a Mad Max Brexit.

So lets be clear: 80% of our food imports are from the EU.  Without the free trade area proposed in the Government’s White Paper, UK food prices will rise.  The BRC again:

The weighted average tariff, if the UK were to default to WTO tariffs on UK food imports from the EU, would be 22 per cent. Such a scenario would put upward pressure on consumer food prices

Of course, it’s possible to increase domestic production of some primary products, but these will also rise in price, especially as EU agri-food workers continue to vote with their feet.

While this government has presided over a reactionary and self-defeating programme of austerity, no minority government would survive a self-inflicted food price spike, and everyone knows that.

As Ewan Macdonald-Russell, Head of Policy as the Scottish Retail Consortium said at the Food Standards Scotland conference earlier this year:

“Even before last year, families had already cut back on non-essential grocery spending, so when prices went up, they were forced to reduce spending elsewhere. This exemplifies why we should be so concerned about rising food prices. Because they affect everyone with the same price rise regardless of income. Food price rises will always be regressive, hurting the poorest; the most vulnerable; the most deprived; to the greatest degree. […] That’s why we are so concerned at the prospect of Brexit leading to rising food prices.”

The UK government needs free movement of food with the EU, and to get that, it will have to make many more concessions.

We’ve got the circus: but it’s always bread which brings down governments.