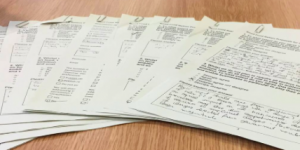 Huge numbers of people have supported the call for change to Scotland’s food system by sharing their views with Scottish Government.

Earlier this year, the Scottish Government published a consultation on becoming a Good Food Nation. The consultation asked for people’s views on whether or not we should have a new law on food to help us transition to a fair, healthy and sustainable food system.

The Scottish Food Coalition has campaigned for this new law, dubbed the Good Food Nation Bill, and is delighted to see such strong support among the people of Scotland.

Key themes from the responses to the consultations were:

There was clear support for a new approach to food in Scotland, and one that helps us work together for transformational change.  One faith-based organisation commented:

“Government and public bodies should involve lots of different groups and individuals in making the Good Food Nation plan reality because food should be the concern of everyone in society. Just as importantly, Ministers and public bodies should foster this collaboration in a way that makes it easy for people to understand the plan and to have their voices listened to.”

And one local authority showed clear support for a more joined-up approach commenting that:

“An overarching framework set out in legislation would go substantially further than existing pieces of legislation and policy that focus on one part of the food system e.g. climate change, diet etc.”

An impressive 627 individuals in Scotland sent in their thoughts in detail, and another 470 people responded to the Scottish Food Coalition e-action. This shows just how many people are interested in important issues like changing the food system, and how important public participation is for truly democratic decision-making.

You can read the full analysis of the consultation responses here. 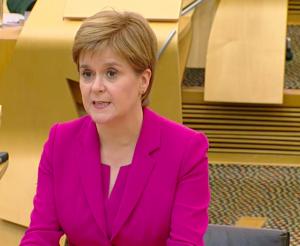 We are delighted to see a commitment to bringing forward a Good Food Nation Bill in the 2019/20 Programme for Government. This has been a commitment of the Scottish Government since 2016 and has held cross-party support throughout this parliament. This is the last opportunity before the next election year to bring forward this much-needed legislation.

While we are greatly encouraged by the renewed commitment from Government, questions remain as to how the bill will be used to create structures and processes for joined-up policy-making on food.

With the right mechanisms in place, joined-up food policy can provide solutions to challenges that Scottish Government is already committed to solving, including:

Get involved with the campaign!

A Bill to transform our food system

At Nourish, along with the Scottish Food Coalition, we have been campaigning for a new food Bill that will provide a new framework for our food system. At the moment, agriculture, planning, social security, or public health policies and laws are mostly done in silos, but we can’t fix the interrelated issues that plague our food system without looking at the bigger picture and joining up the dots. We want the Good Food Nation Bill to enable a coherent and connected approach to food policy, which facilitates a just transition to a fair, healthy and sustainable food system.

You can listen to a short podcast about Nourish and the Good Food Nation Bill here.

A Bill that is shaped by everyone who cares about food

We have been calling on the Scottish Government to listen to people when developing the Good Food Nation Bill. We want this Bill to be a chance for everyone to shape Scotland’s food system, so earlier this year, with the Scottish Food Coalition, we developed Kitchen Table Talks to hear what really matters to people about food, and what they want the Good Food Nation Bill to achieve.

The Kitchen Table Talks were a huge success: over 800 people shared their views with us, demonstrating a huge appetite for a national conversation about food. We summarised the responses in ‘A Seat at the Table: Becoming a Good Food Nation is everyone’s business’. Following the launch of A Seat at the Table, the Scottish Food Coalition ran an e-action calling on the First Minister to ‘Bring on the Bill’ and host a real national conversation on food. Click on the image below to find out more!

Our food system is leaving many people behind: from those experiencing food insecurity or working in the food industry with low wages and insecure working conditions, to those coping with diet-related ill health, and to the large numbers of food producers struggling to make a living. Food is also a major contributor to climate change and biodiversity loss, and is driving global soil quality loss and antibiotic resistance.

Legislation can change this, by setting the direction of travel towards a fair, healthy and sustainable food system. Establishing the core purpose of the food system in law, with a system of governance that ensures progress and accountability, can catalyse a transformation in how our food system works.

A whole system approach is needed, so that the Good Food Nation Bill can create a coherent framework for joined-up policies that ensure people’s fundamental human rights and the integrity of our planet are promoted today and into the future.

Our key asks for the Good Food Nation Bill

There are 5 key elements that we want to see in the Good Food Nation Bill. These 5 key asks have been developed with our partners in the Scottish Food Coalition and represent our common position.

1. Incorporate the Right to Food into Scots Law

The right to food is a right for everyone to be able to eat well, and to a food system that treats people and planet fairly. Having a right to food in Scottish law would mean the Scottish Government would have to ensure its policies are not negatively impacting people’s right to food.

We want the Scottish Parliament to establish an independent commission which will have the authority to oversee the implementation of the Good Food Nation Bill. This commission would facilitate public participation in food policy and be charged with ensuring all policies respect the right to food.

We want a requirement that every five years the Scottish Ministers develop a joined-up plan for food, that will cover all policy areas that touch on food, from farming to procurement, health, waste, etc. We want this plan to be developed through an open consultation and scrutinised by Parliament.

We want the Bill to set duties on local authorities, health boards and other public bodies to contribute to the Good Food Nation ambition. These duties would mean they have to respect the right to food and support the deliver of the National Food Plan.

The Good Food Nation Bill should include binding targets to stimulate immediate action on some of the challenges of our food system. Targets should aim for reduction in household food insecurity; reduction in adult and childhood obesity; reduction in greenhouse gas emissions from the food system; increase in the proportion of food and drink businesses paying the living wage; and other issues – aligned with the Sustainable Development Goals.

Are there any Good Food Nations out there? (by Laura Rose, 2017)