#NourishElectionAsks – Ask 5: Organic and local food into our public kitchens

It’s getting close – only 2 weeks until we vote in our next Scottish Parliament, so we’re on to our penultimate election ask, where we focus upon what we serve in our public kitchens – our hospitals, libraries, schools, care homes and prisons.  We are calling for  the newly elected government to set a target of 20% local and organic food to be served in our public places by 2020.

What our land can give to us for the production of food is not inexhaustible. The way we relentlessly exploit and damage our soils, wildlife and climate to produce and process food is not sustainable. It has been estimated that we only have 100 harvests left in our soils if we carry on with intensive farming methods with the current levels of pesticide and herbicide use, soil drainage removal of habitat and depletion of soil carbon. 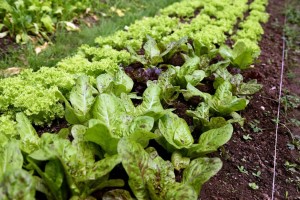 The food and farming industry as a whole contributes to 30% of carbon emissions. We have lost over half of our wildlife in the last 30 years, and much of this is because of loss of habitat in agricultural areas. In Scotland our fields and hedgerows are no-longer filled with the song of skylarks, starlings, curlews and or lapwings, just a few of the farmland birds that have disappeared due to intensification of farming.

Organic farming is a method that is much better for the environment, and it’s not just about not using artificial pesticides and herbicides and avoiding nitrate overload. It’s also about maintaining farm habitats – for example or farmers work hard to look after areas such as banks, ponds, grassland, and habitat links, like hedges and field margins.

The benefits of organic spread much wider than this; organic food is also better for farm animal welfare. As well as requiring that animals are genuinely free range, Soil Association organic standards cover living conditions, food quality, the use of antibiotics and hormones, as well as transport and slaughter. These standards mean that animals raised organically enjoy the very highest welfare standards of farmed animals, for example organically reared animals must have access to pasture (when weather and ground conditions permit) and are truly free range, must have plenty of space – which helps to reduce stress and disease, an must be fed a diet that is as natural as possible.

Organic food is also better for our health. Farm animals now account for almost two-thirds of all antibiotics used in the EU, which are passed to us through the food chain, so fuelling the time bomb of antibiotic resistance, but organically reared livestock must not routinely be given antibiotics.

However, despite all these benefits, in Scotland we have dropped from 8% of our land in organic farming to 2% in the last 12 years. This is in contrast to the rest of Europe.

The benefits to our economy, health and environment of a local food system are almost boundless. Local food creates stronger local economies; for example smaller independent local food outlets create a job for every £46k turnover, which is three times the return on investment of supermarkets. This means local outlets support three times the jobs of national supermarket chains. Producers involved in the local food economy employ on average 3.4 full-time workers compared to the regional average of 2.3 per farm. A local food economy creates many new micro businesses and SMEs, with a multiplier effect whereby spending via local food businesses keeps more money circulating in the local economy, creating non-food related business opportunities. There is also a retention of a higher margin by local food businesses through cutting out middlemen, and finally local food has that special power to attract tourism income.

For Nourish and others concerned about food system sustainability, localising the food system is about regenerating community and restoring the land, based on the recognition of our interdependence with our natural and social environment. It is a commitment to social co-operation, local economic development, farming based on ecological principles, and close geographical and social relations between producers and consumers.

You can read more about local food in the survey we carried out in 2014.

We’re getting left behind!

We are the laggards – other countries in Europe are making much bolder steps towards organics and supporting local food economies. Earlier this year the upper chamber of France’s parliament has passed a law requiring all the nation’s school cafeterias, hospital cafeterias, senior living communities, prisons and other state institutions to source at least 40% of their food locally. And there’s more – the food served must be in season, organically grown and certified ecologically sustainable. The ultimate goal of the law is to restructure the food system in France, stimulating local economies and shortening the food supply chain to a minimum (meaning either the produce goes directly to the consumer from the farm or there are minimal intermediary processing steps before consumption).  Other countries, such as Denmark, have been even more ambitious, with a target of 60%. The European market for organic food is worth €24bn. The US market for organic food grew 11.5% in 2014 to €24bn.

So let’s catch up

Nourish Scotland believes we should follow in the footsteps of our European neighbours, by making public bodies change the food they are feeding us.

In January 2016 the Scottish Government launched “Organic Ambitions – the Scottish Organic Action Plan 2016 – 2020” which was developed by the Scottish Organic Forum and launched by Richard Lochead MSP, Cabinet Secretary for Rural Affairs, Food and the Environment.. One of the plan’s targets is “Encouraging public bodies to make further commitments to purchasing Scottish organic produce”.

The question here is whether encouragement of our public bodies in Scotland will be enough?

We think not, and call on our government to give the organic and local food sectors the market signal they need by committing to setting procurement rules for organic, local food in our public kitchens.   We believe that 20% by 2020 is completely achievable, and would demonstrate to the sector that we as a country are at last taking them seriously.

This target would then join a whole suite of other actions that will make up the full set of ingredients for sustainable change, such as support and funding for food hubs, short supply chains, training of new entrants into sustainable farming, and marketing support and so on.

It’s time for our public bodies to demonstrate leadership and use public money for public good.  We must not get left behind – use the new Sustainable Procurement Duty to ensure support for sustainable food and shorter supply chains.

We can do this!