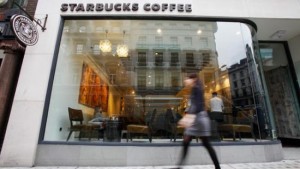 Shelagh Young comments on the recent shapeshifting of the Big Food players.

Are we witnessing the death of big food? The Economist reported recently from the US that “after decades of rising sales and high popularity, makers and sellers of processed food are under pressure”. It holds policymakers, campaigners for real food and “an increasingly sceptical public” responsible for falling profits and flat lining sales for such food industry behemoths as Kraft (16% fall in net profits year on year), McDonalds (replaced its boss due to poor sales) and Pepsico (which has cut 3% of its global workforce). Yippee! But I’m not scheduling my celebratory Aberdour oatcake and crowdie party yet because the big beasts are fighting back and we need to keep an eye on them.

One tactic being deployed by big food is more wholesome looking growth through clever acquisitions. We saw independent Green & Black’s organic chocolate acquired by Cadbury Schweppes before Cadbury’s itself was gobbled up by Kraft. Innocent, best known for the cosy bobble hatted smoothies with the cool, chatty labels has an appealing backstory of kitchen table ethical entrepreneurialism but is now over 90% owned by The Coca-Cola Company. In the US a wide range of makers from organic baby food producers to farm gate fruit juice businesses have been snapped up by giant food companies such as General Mills and Campbells.

Meanwhile, despite the worrying collateral damage of over 100 job losses, I’m sure the now defunct Fife Diet team was tempted to crack open a celebratory bottle of St Andrews Brewery Crail Ale when Tesco shut its Kirkcaldy store. News of the death of the monster out of town superstore and the mammoth weekly shop should bode well for the revival of the High Street and our struggling small independent retailers. But small is now so beautiful in the eyes of the supermarkets that this High Street revival echoes the Starbuckification of cafe society. The Co-op Group has announced a major focus on revamping and extending its smaller local stores to respond to the trend towards everyday meal by meal shopping. A short walk down any reasonably prosperous central belt town or city will lead you past the plethora of new smaller scale but no more diverse outlets. Where I might want to find artisan bakeries, greengrocers, dairies and butchers all I can see are Tesco, Sainsbury, Morrison’s and the Co-op.

There are some positives in both the growth of smaller High Street based food retail outlets and the move into organic products by the big food companies. Expanding markets for organic producers and ensuring consumers can easily find organic products is vital. A shift back to the High Street which is both responding to and driving a trend to shopping more often for fewer items could have a very positive impact on reducing food waste. And anything that increases footfall in our town centres will benefit surviving and new independent food and drink retailers. Finally, the Co-op is responding to the trend for shoppers seeking a wider range of fresh food in these local stores.

The downside is that neither the swallowing up of entrepreneurial “ethical” food producers nor the domination of High Streets by major retailers help drive a local or equitable, healthy food economy. Nourish Scotland supporters still need to vote with their shopping baskets and use their voices to press for change. If we don’t keep focusing on the links between food production, distribution and consumption and a more healthy economy we will stay stuck with “locally sourced” food in the form of Ayrshire potatoes and the occasional Perthshire strawberry – the supermarket equivalent of lipstick on a pig. This lack of food diversity, combined with low wages and the continued dominance of the big supermarkets in terms of buying power is not good news for the kind of progressive social and economic development our current Government says it wants to see. The fight goes on.

Shelagh Young is a director of Nourish and currently Chair of The Phone Co-op the UK’s only customer owned phone, mobile and broadband provider. This post also appeared on Shelagh’s own blog.

Nourish Scotland is a membership organisation and the more members, the stronger our voice. You can read more about becoming a Nourish member here.